Dr. Oz Under Fire For 'Quack Treatments' Yet Again 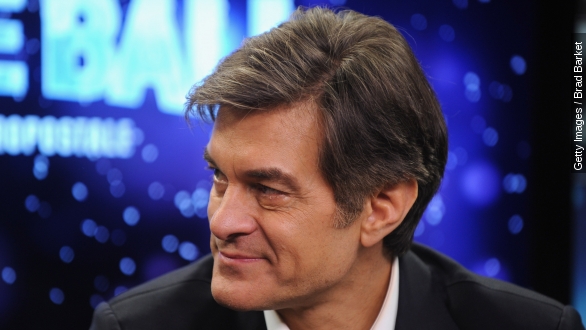 "Today is all about miracles, revolutionary items big and small that could change your life," Dr. Oz said on his show.

The famous TV doctor calls some of his treatment suggestions "miracles," but 10 doctors around the country are calling them "quack" in a letter to Columbia University.

The letter urges the university to drop Dr. Oz as vice chair of the department of surgery.

This is hardly the first time Dr. Oz has faced backlash from his medical claims, most of which he stands by.

A recent study published in the British Medical Journal examined 479 of Dr. Oz's medical recommendations from 40 episodes and showed 15 percent of those contradicted scientific evidence.

"You are still implying that drinking apple juice is exposing children to toxic arsenic, and you haven't even done that test. That is wrong. You are fearmongering. You are telling parents they are poisoning their children," Dr. Richard Besser told Dr. Oz.

Then, at the height of the Ebola panic, Dr. Oz went on TV with this claim:

"What happens if it mutates and becomes like the flu so it can be passed on through air, not the way that Nancy described through direct contact with bodily fluids. Then it becomes a much more difficult beast to harvest," Dr. Oz said.

"We don't have any signs of that happening, let's be clear about that," NBC anchor Matt Lauer said.

That — despite the medical community telling both the media and public the virus could not be contracted through the air.

Some of Dr. Oz's medical miracle claims actually sent him to the hot seat on Capitol Hill.

"I don't get why you need to say this stuff when you know it's not true," said Sen. Claire McCaskill.

The senator was referring to the weight loss products Dr. Oz promoted on his show, including green coffee bean extract, raspberry ketone and garcinia cambogia, all supplements sold around the world.

"These are the clinical papers, and we can argue about the quality of them very justifiably. I can pick apart papers that show no benefit as well, but at the end of the day, I have real subjects, real people being undergone trials," Dr. Oz said.

After the doctor defended his claims in front of the Senate, researchers studying green coffee bean extract retracted a study that touted its benefits as a weight loss supplement.

And you can find an acknowledgment of the study’s retraction on Dr. Oz's site.

"I do personally believe in the items I talk about in the show. I passionately study them. I recognize that oftentimes they don't have the scientific muster to present as fact."

Columbia University has no plans right now to take any action against the doctor, saying the institution upholds "faculty members' freedom of expression for statements they make in public discussion."