Dr. Nancy Snyderman Out At NBC 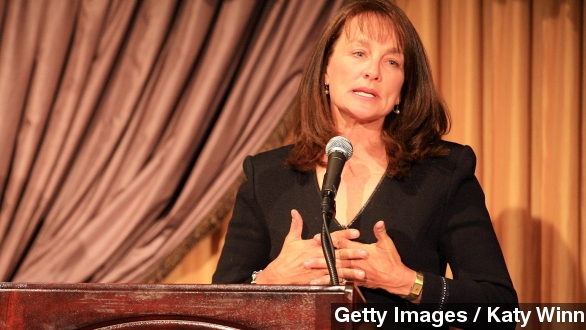 "Good people can make mistakes, and I stepped outside the boundaries of what I promised to do and what the public expected of me. And for that I'm sorry," Dr. Nancy Snyderman said.

After nine years with the network, Dr. Nancy Snyderman announced Thursday she will be stepping down as NBC's chef medical correspondent.

The exact situation isn't quite clear — some outlets are reporting Snyderman was dropped by NBC while others claim she quit.

The latter seems to be the more likely case, as she appeared on "Nightly News" Feb. 22. Snyderman also released a statement explaining the decision.

She said in part, "I am stepping down from my position. ... Covering the Ebola epidemic last fall in Liberia, and then becoming part of the story upon my return to the U.S., contributed to my decision that now is the time to return to academic medicine. I will be shortly taking up a faculty position at a major U.S. medical school."

While covering the Ebola outbreak in Liberia, one of Snyderman's cameramen contracted the virus. (Video via ForaTV)

Upon returning to the U.S. she tested negative for Ebola but promised to self quarantine, meaning she was not to leave her home for 21 days.

It hadn't even been a week into the quarantine when Snyderman was spotted out buying food — ultimately breaking her promise.

She was then placed under police surveillance to make sure she didn't leave the house again. Snyderman later apologized.

A spokesperson for NBC also released a statement pertaining to the departure, writing, "Throughout her career with NBC News, Dr. Nancy Snyderman has provided her expertise on countless health and medical topics that are vitally important to our audience. She’s been a valuable voice both on air and in our newsroom, and we wish her all the best.”

The lose of Snyderman will likely be a big blow for NBC, as the network is still reeling from the Brian Williams scandal. It's not immediately clear who will take her place.