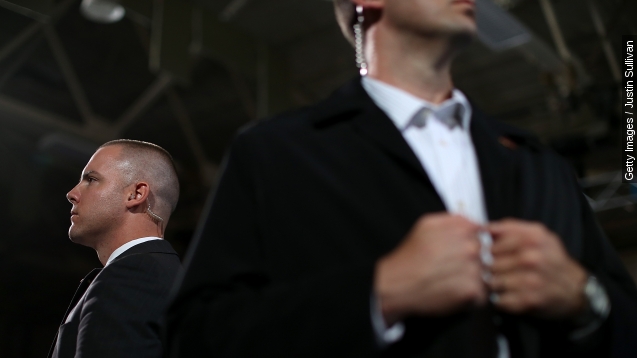 "I would like to publicly renew my apology for this breach of trust and affirm my commitment to restoring it," Clancy told lawmakers Tuesday.

Why try and embarrass Chaffetz? Well, probably for moments like this.

"I want it to be crystal clear. You make a run and a dash at the White House, we’re going to take you down. I want overwhelming force. Would you disagree with me?" Chaffetz said during a 2014 hearing on Secret Service response.

Chaffetz has been outspoken about his disappointment with security lapses at the White House. As head of the House Oversight and Government Reform Committee, he also has helped lead the charge for investigations into the agency. (Video via ABC)

The restoration of the Secret Service's reputation is probably going to take some time. From agents being accused of soliciting sex workers in 2012 while in Colombia, to one of the latest scandals –– reportedly drunk agents crashing into a White House barricade in March this year, scandals have plagued the agency. In fact, the mess caused Clancy's predecessor, Julia Pierson, to resign. (Video via ABC,NBC)

In addition to the suspensions already in place, Clancy said more punishment could be on the way for supervisors. This could range from letters of reprimand to being fired.