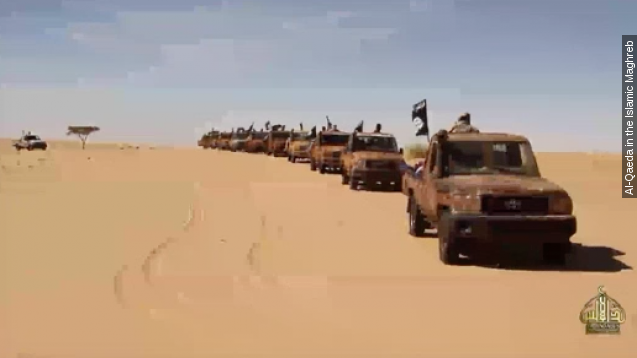 After an hours-long standoff and siege in Burkina Faso, a terrorist attack by Al-Qaeda in the Islamic Maghreb has left at least 23 people dead and 56 injured. The country's government says the victims were from 18 countries. (Video via CBC)

At least four terrorists took over a hotel and restaurant near a popular tourist area in the country's capital. Security forces, bolstered by French troops from nearby Mali, eventually stormed the area, releasing 126 hostages and killing the attackers. (Video via BBC)

Witnesses say they played dead in the restaurant as the terrorists fired their weapons; some witnesses reported hearing grenades and detonations. One woman told the press, "they would come back and see if the white people were moving and then they would shoot them again." No official motive has been named for the attack. (Video via ABC,Burkina24)

The U.S. State Department released a statement saying it was doing everything it could "to account for U.S. citizens in the city." The U.K. has warned its citizens to stay away from the area where the attack took place.

The same group who claimed responsibility for this attack also took credit for a very similar attack on a hotel in Mali last November that left at least 22 people dead. (Video via Sky News)

Burkina Faso has announced a 72-hour mourning period in response to the attack. (Video via Al Jazeera)

This video includes images from the Foreign & Commonwealth Office.