Down, But Not Out: Injured Vet Pursues Pro Wrestling Dream 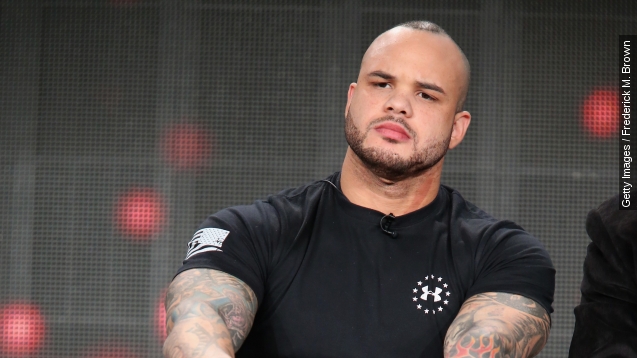 SMS
Down, But Not Out: Injured Vet Pursues Pro Wrestling Dream
By Katherine Biek
By Katherine Biek
August 6, 2015
Chris Melendez lost his leg during the Iraq War, but that didn't stop the Purple Heart recipient from entering the ring for TNA Impact Wrestling.
SHOW TRANSCRIPT

Meet Chris Melendez: A U.S. Army veteran and Purple Heart recipient who changed the face of pro wrestling after he entered the sport in 2014.

Growing up in New York, Melendez enlisted in the Army when he was just 17 years old. He has credited his father, who is a Vietnam veteran, and the events on 9/11 with that decision.

Melendez was serving in Baghdad in 2006 when he was struck by an IED. At the time, he only had 23 days left in his deployment.

"It keeps clearing and then I see that nothing's attached to this leg. And then I make the connection that 'Wow, that's someone's leg!' ... And then I realize, for one, I could feel it's mine, and it's not there. And that's when it started to set in that I'm in trouble here," Melendez told ABC.

Fox News reports Melendez's leg was amputated after the accident. Specialists in Texas also rebuilt his jaw and replaced tendons in his left arm.

"Returning home, I think I was more angry and upset than I was actually injured at the time," Melendez told a Fox News anchor.

Melendez left the military that next year, and was awarded a Purple Heart. (Video via TakePart)

Stars and Stripes reports the Wounded Warriors Project connected Melendez with a TNA pro wrestler years later who offered him free training if he'd move to Florida. Since being a wrestler was his childhood dream, Melendez jumped at the opportunity.

And in 2014, Melendez signed a deal with TNA Impact Wrestling. His first match aired Sept. 11 that year.

ABC reports Melendez is the first pro wrestler who is a war veteran amputee.

Talking about his wrestling career, Melendez told Army Times: "Regardless of whether I got injured or not, this is what I was going to do. I'm not letting it stand in my way, no matter how difficult it might be."