If Your Bags Are Delayed, The Airline Might Have To Pay Up 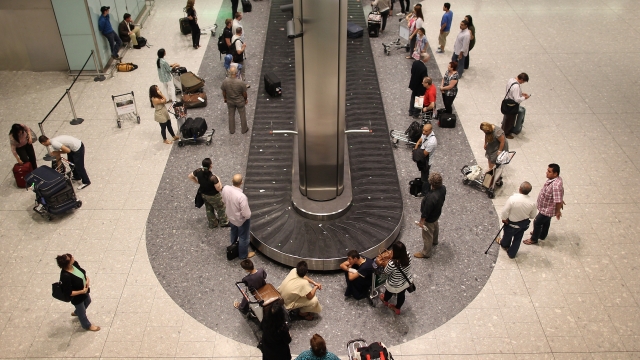 Flying can be a pain. There are the long TSA lines, delays — and don't even get us started on missing luggage.

But the Obama administration wants to make air travel less of a hassle. Especially regarding that last point.

It announced a new rule that will require airlines to refund luggage fees when a passenger's belongings are "substantially delayed."

So far there's no word on what length of time qualifies as "substantially delayed."

The Department of Transportation already requires baggage fees to be refunded if an airline loses a passenger's checked luggage.

Wheelchairs are apparently another thing mishandled by airlines, so the DOT wants those numbers to be reported, too, along with records of on-time arrivals and departures.

Basically, the government wants all the data it can get. But some industry groups think airlines are becoming too regulated.

"Efforts designed to re-regulate how airlines distribute their products and services are bad for airline customers, employees, the communities we serve and our overall U.S. economy," the president of Airlines for America told the Los Angeles Times.

A date has not been set for the rules to go into effect.