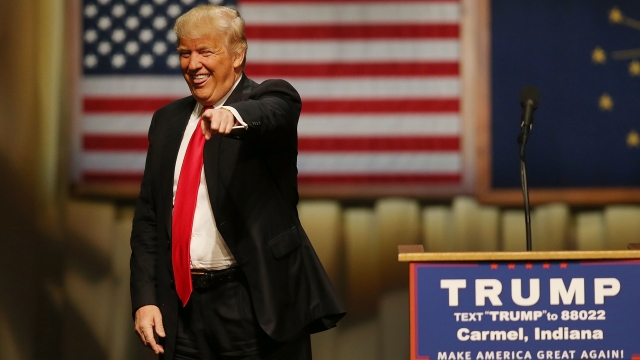 Donald Trump just won a majority of votes in Indiana, which means the hopes of Ted Cruz, John Kasich and the anti-Trump movement are looking dimmer and dimmer.

Not quite over, but close. Cruz was supposed to do well in Indiana. It's pretty conservative and evangelical.

"Our focus is on winning Indiana," Cruz said. "We are barnstorming the state."

Cruz and Kasich even made a pact, agreeing the Ohio governor wouldn't put resources toward Indiana so Cruz could take on Trump there.

"The next vice president of the United States, Carly Fiorina," Ted Cruz said at a campaign rally.

And the Texas Senator announced Carly Fiorina would be his running mate just days before the primary.

This video includes Getty Images and clips from Fox News and CNN.