Donald Trump To Host 'Saturday Night Live,' Will Be Huge 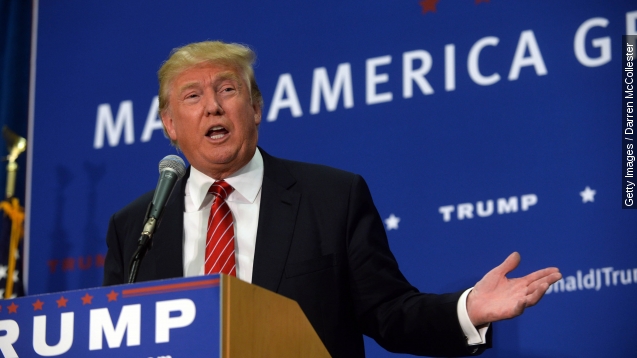 Well, we guess it makes sense for the most controversial presidential candidate to be the first of his peers to host "Saturday Night Live" this election season.

NBC announced Donald Trump will host "SNL"'s Nov. 7 episode ... and we're sure nothing will go wrong. (Video via CNN)

This will be the second time the business mogul lent his talents to the show. He last hosted in 2004.

Trump returning to the iconic Studio 8H also means NBC is reneging on its threat of severing ties with Trump — an issue that arose after Trump made those comments about immigrants.

But regardless, we are definitely looking forward to the Donald interacting with Taran Killam, who plays Trump on "SNL." And we've already seen Trump in sketch formats on "The Tonight Show," which have given us some good laughs.