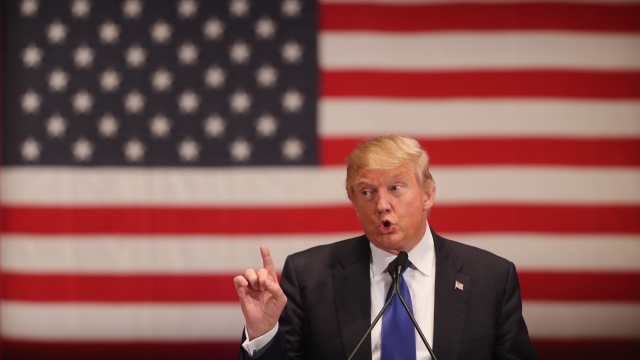 Trump made that comment while speaking to a group of U.S. military veterans on Monday.

And many people saw it as a suggestion that veterans who kill themselves "can't handle" what they've seen in combat.

As we've seen before during this presidential season, Trump's latest comment provoked a lot of social media reaction.

Still, many pointed out Trump's remark was part of a larger comment on how the U.S. needs stronger mental health initiatives for veterans to help those with post-traumatic stress disorder and other serious issues.

In the past, Trump has promised to ensure that each veteran gets timely access to health care when they need it through the VA or through private care.

The Trump campaign has yet to comment on Monday's remarks.