Donald Trump Says The RNC Was A Huge Success; The Polls Don't Agree 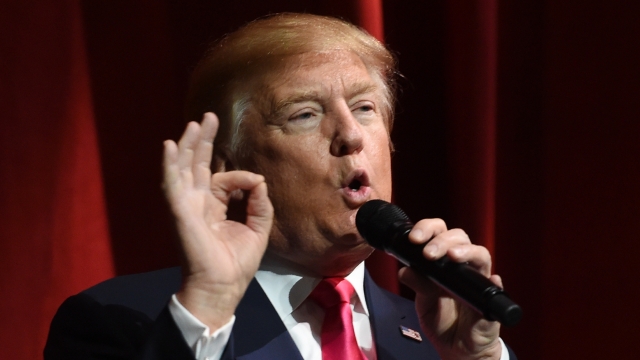 Donald Trump touts the success of his Republican National Convention, but some voters don't see it that way.

Polls show Trump is the first candidate in almost 30 years who seemingly lost voters after his convention.

After conventions, Gallup asks voters whether they're more likely or less likely to support a candidate. Usually, candidates see a net increase.

In 1988, Republican George H.W. Bush campaigned against Democrat Michael Dukakis. After their party conventions, Bush saw a net gain of 16 points, and Dukakis saw a gain of 35 points.

In 1996, it was Democrat Bill Clinton against Republican Bob Dole. Clinton had an increase of 15 points, and Dole's support increased by 11 points.

In 2004, Republican George W. Bush got a 3 percent bump, and Democrat John Kerry got a 14 percent bump.

This video includes images from Getty Images and Hal O'Brien / CC BY SA 3.0 and clips from C-SPAN. Music provided courtesy of APM Music.