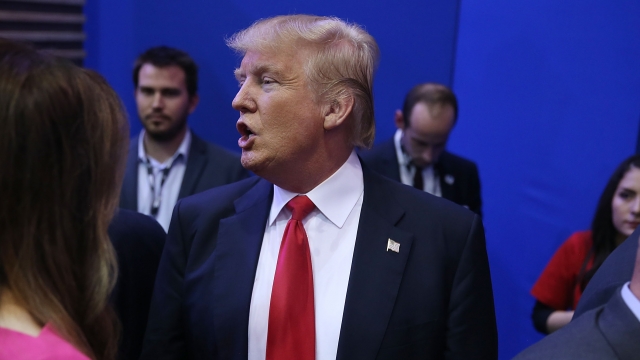 "Do you believe that you've done anything to create a tone where this kind of violence would be encouraged?"

"I hope not. I truly hope not," Donald Trump said at Thursday's CNN debate.

"If you see somebody getting ready to throw a tomato, knock the crap out of them. I promise you I will pay for the legal fees."

"In the good old days, this doesn't happen, because they used to treat them very, very rough."

"You know what they used to do to guys like that in a place like this? They'd be carried out on a stretcher, folks."

REPORTER: "Rakeem Jones was punched in the face as he was escorted out of Donald Trump's rally last night."

"A journalist violently thrown to the ground at a Trump rally."

"Rally-goers surrounded and shoved this demonstrator. Other videos have shown Trump supporters appearing to spit and kick."

Trump said, "I see it. There's some anger. There's also great love for the country. It's a beautiful thing in many respects. But I certainly do not condone that."