Donald Trump's University Could Put Him In The Witness Box 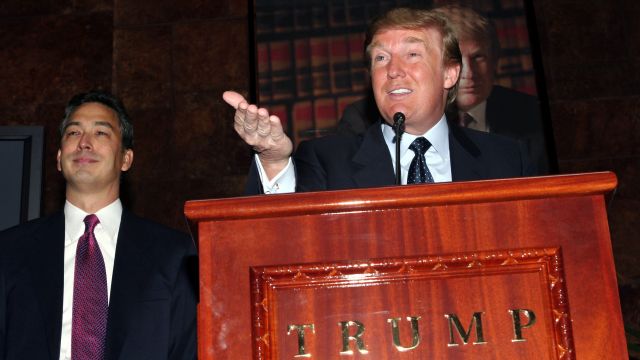 "If you tell people, 'We're going to teach you Donald Trump's secrets,' and he's never had any part in the curriculum that's fraud," Attorney General Eric Schneiderman said.

Well, now it looks like the state will have to prove its point in court. A New York Supreme Court judge ruled Tuesday that the fraud case will go to trial.

That’s the opposite of what the attorney general wanted. He had asked for the court to side with the state sans the courtroom drama.

Even so, he released a statement that reads in part, "I am very pleased the judge has indicated her intention to move as expeditiously as possible to trial, as thousands of Mr. Trump’s alleged victims have been waiting years for relief from this fraud."

By sending this suit to trial, the chances of seeing the GOP front-runner called as a witness continue to increase.

A different class-action lawsuit about Trump University filed in California could also put the businessman on the bench. On Monday, a district judge scheduled a hearing in that case for July 18 — the first day of the Republican National Convention.

Trump has maintained his innocence from the get-go. In response to the ruling in New York, one of his lawyers told The Wall Street Journal, "We think we’ll get a fair trial."

This video includes clips from NBC and Donald J. Trump for President, Inc. and images from Getty Images.