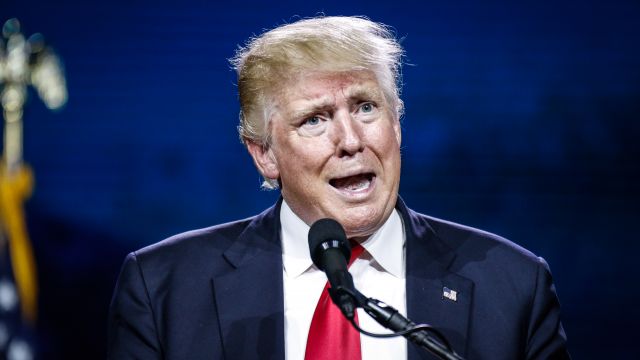 GOP Sens. Bob Corker and Joni Ernst announced Wednesday they are taking a hard pass at the opportunity to be Trump's right-hand man or woman.

Both politicians shared at least one similar reason for their decision: They're really busy doing other great stuff.

Iowa Sen. Ernst told Politico: "Iowa is where my heart is. And I'm just getting started here."

Despite being denied twice in a day, it appears Trump's feelings aren't hurt too badly. He told Fox News: "I'm looking at 10 people. Three or four called me up, all want to be considered."

One of the 10 likely being considered? Newt Gingrich. The former House speaker was expected to join Trump at an Ohio rally Wednesday evening.

And Gingrich certainly has the political background that Trump has repeatedly indicated he's looking for.

Despite that pro, there is at least one obvious Gingrich-related con. He's been a loud critic of the businessman before. Gingrich recently denounced Trump's remarks about a federal judge presiding over his Trump University cases.

Regardless, Trump is running out of time to circle one name on that VP list. He's expected to announce a running mate before the Republican Convention, which kicks off July 18.