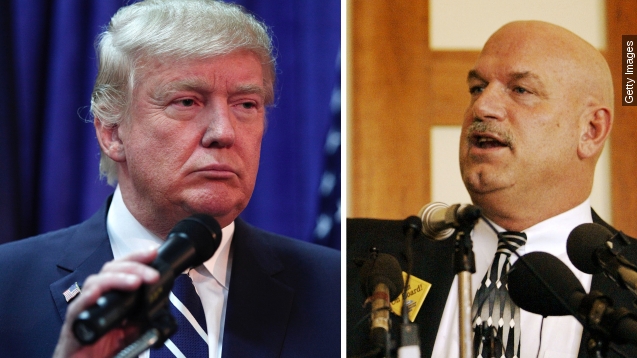 “If Donald Trump were to ask me to be his running mate, I would give it very serious consideration because anything to break up the status quo of this country," Ventura told WCCO.

Now that would be an interesting White House.

And the pair would definitely send ripples throughout the Republican Party. Although, Trump is already doing a fine job by himself.

And Ventura said of adding him to the ticket, "Boy, would that ever get the Republicans angry."

The two, unorthodox in their rise through political polls, have been friends for 25 years now, according to Ventura. Both have been a part of the Reform Party in the past. And long before Trump "seriously" ran for president this year, Ventura endorsed the billionaire businessman for president at a fundraiser in 2000.

He's reiterated that this year, too.

The chances of Ventura or Oprah joining Trump on a presidential ticket seem slim, but let's be honest: Anything can happen.