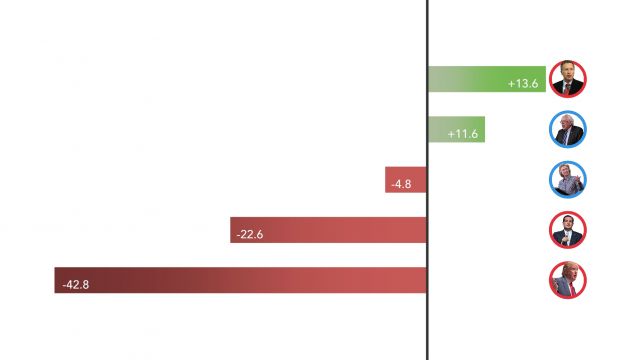 SMS
Donald Trump's Historically Bad Standing With Women In 1 Chart
By Jake Godin
By Jake Godin
March 31, 2016
He has a net unfavorable rating among women far higher than any other candidate in this race for the White House.
SHOW TRANSCRIPT

Donald Trump really doesn't do well with women voters. Here's how he compares to other 2016 presidential candidates.

Across five polls, we subtracted a candidate's average favorability among women from the average unfavorability rating to get the net favorability score for each candidate. We omitted responses that didn't fall in those two categories.

John Kasich has the largest spread at plus 13.6. Then Bernie Sanders at plus 11.6, Hillary Clinton at negative 4.8, Ted Cruz at negative 22.6 and finally Trump at negative 42.8.

As a comparison, leading into the general in October 2012, Mitt Romney had a negative 17 spread among women voters. 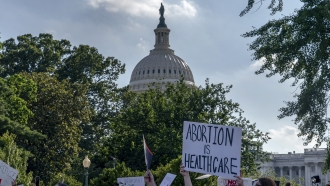 Planned Parenthood In Illinois Is Planning For An Influx Of Patients