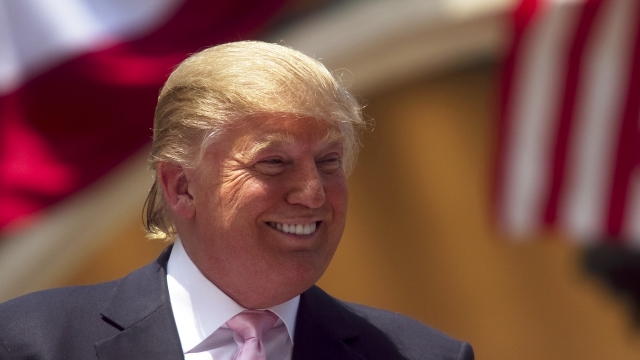 Donald Trump frequently touts his business experience on the campaign trail. But now that business background is getting him some bad press.

USA Today recently published a story about 3,500 lawsuits filed against Trump and his businesses in the past 30 years.

The paper says many of those lawsuits were over unpaid bills and filed by average Americans who completed work for Trump or one of his companies but didn't get paid in full. When asked, Trump didn't exactly shy away from the issue.

Trump made similar comments to The Wall Street Journal. He said, "I love to hold back and negotiate when people don't do good work."

In some cases, even Trump's own attorneys turned around and filed suits against him for not paying his bills.

Likely thanks to Trump's wealth, many of these lawsuits have dragged on for years, leaving some plaintiffs feeling that their only choice was to settle for less than they were owed.

This video includes clips from Donald J. Trump for President Inc., MSNBC and C-SPAN and images from Getty Images.