Donald Trump Reveals What He Wants In A Running Mate 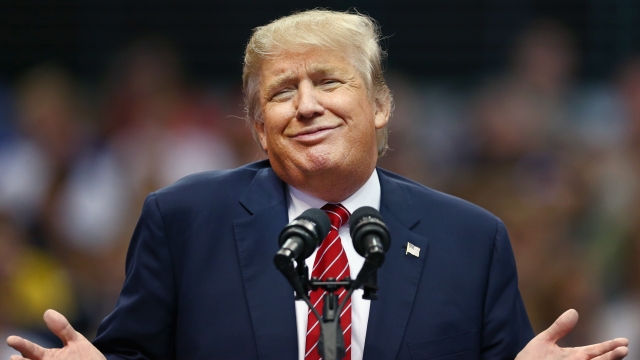 SMS
Donald Trump Reveals What He Wants In A Running Mate

By Briana Koeneman
February 25, 2016
"I would want somebody who could help me with government. So most likely, that would be a political person."
SHOW TRANSCRIPT

Donald Trump still isn't saying who he would choose as his running mate, should he win the Republican nomination for president.

But at a Q&A at Regent University Wednesday, he dropped a few hints.

"I would want somebody who could help me with government. So most likely, that would be a political person," Trump said.

The Republican front-runner also said the "main quality" he's looking for in a vice president would be someone who would be a "great president," should anything happen to him.

Now, Trump refused to name any names, but he did reveal some of the other GOP candidates could make the cut.