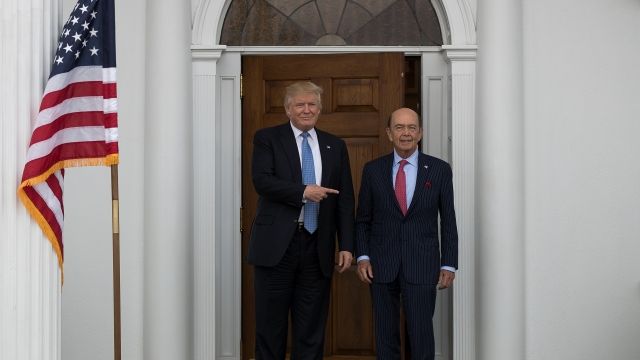 President-elect Donald Trump picked billionaire Wilbur Ross to be his secretary of commerce.

Ross made a lot of his money buying bankrupt companies, turning them around and selling them for a profit. Forbes estimates his net worth is $2.5 billion.

Donald Trump's net worth is estimated at $3.7 billion.

SEE MORE: Donald Trump Says He Will Be Leaving His Business Empire 'In Total'

As commerce secretary, Ross' goal will be to create economic growth and opportunities in the U.S. He'll serve as the chief liaison between Trump and the business community.

Ross served on Trump's economic advising team during the campaign. His appointment will need to be confirmed by the Senate.