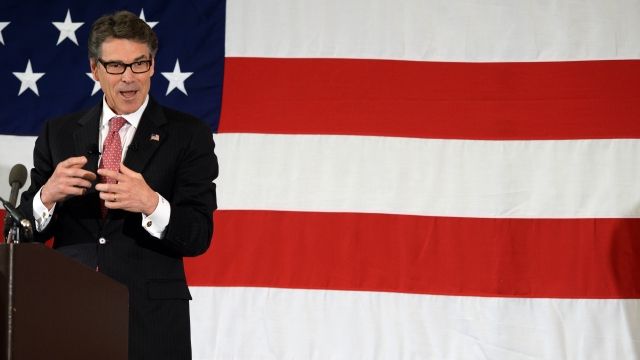 The man who previously wanted to scrap the U.S. Department of Energy is Donald Trump's pick to head it — former Texas Gov. Rick Perry.

The Energy Department is one of the federal agencies Perry said he would eliminate during a Republican presidential primary debate back in 2011.

But not before infamously forgetting the department's name.

"It's three agencies of government when I get there that are gone. Commerce, education and, uh, what's the third one there? Let's see," Perry said.

Perry sits on the corporate board for Energy Transfer Partners, the company involved in the construction of the controversial Dakota Access Pipeline.

The Obama administration recently halted the project, much to the delight of environmental groups. But Trump has said he would push for the pipeline to be completed.