Donald Trump Officially Has Enough Delegates For The GOP Nomination 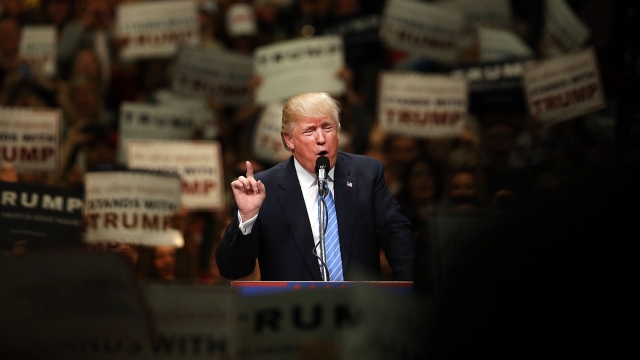 SMS
Donald Trump Officially Has Enough Delegates For The GOP Nomination
By Ryan Biek
By Ryan Biek
May 26, 2016
He needed 1,237 delegates and reportedly has support from 1,238.
SHOW TRANSCRIPT

Donald Trump has gained the number of delegates he needs to clinch the Republican nomination.

Under Republican rules, a candidate needs 1,237 delegates to win the party's nomination.

Trump reached 1,238 when a group of unbound GOP delegates told the Associated Press on Thursday they would throw their support to Trump in the Republican convention.

Not long ago, many thought Trump wouldn't reach that magic number and that the race would go to a contested convention, where Trump's chances of winning were much more ambiguous.

But soon after losing the Indiana primary at the beginning of May, Trump's rivals, Ted Cruz and John Kasich, dropped out.

Trump will now likely shift his focus to Hillary Clinton, the presumptive Democratic nominee, for the general election.