Donald Trump Is Very Rich. He Was Also Very Fortunate. 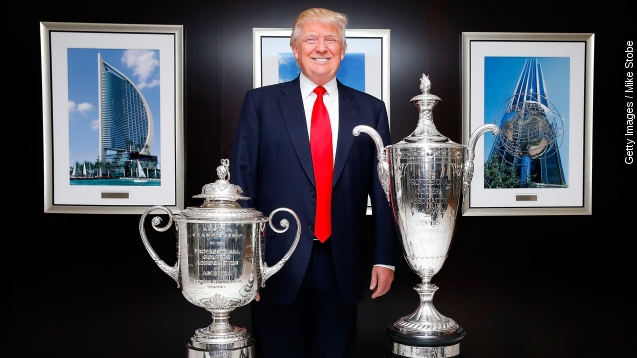 SMS
Donald Trump Is Very Rich. He Was Also Very Fortunate.
By Zach Toombs
By Zach Toombs
October 28, 2015
The real estate mogul isn't as rich as he says he is. And he's not exactly a self-made man.
SHOW TRANSCRIPT

There’s no doubt Donald Trump is very, very rich, though he’s likely not as rich as he says he is, not according to outside estimates — and he’s not exactly the self-made man he says he is.

Both his grandfather, born in Bavaria, and his father, Fred Trump, ran hotels and restaurants. His father was especially good at it, building up a net worth of at least $250 million by the time of his death.

So, what’s kind of funny about this statement from Donald Trump:

"I received a small, $1 million loan from my father," Trump said.

Is that it ignores the estimated $40 million inheritance he received from his father in 1974, when Donald was still in his 20s.

There’s an argument out there — and a lot of people have made it — that Donald Trump could’ve actually been richer if he had done … nothing. No monolithic towers, no shouty reality shows, none of this — just playing the stock market.

Not bad, considering Forbes estimates his net worth today at $4 billion, Bloomberg says it’s about $2.9 billion.

But, even though all those numbers are right, the argument has some holes. For one, Trump wouldn’t be living the high life that he’s had for decades with all his money plugged into an index fund.

On top of that, Trump isn’t merely an investor — he’s a businessman and a celebrity. Sure, he could’ve gone without the towers, the reality show, the bizarre put downs. But what fun would that have been?