Donald Trump Is Still Having Trouble Talking About Women 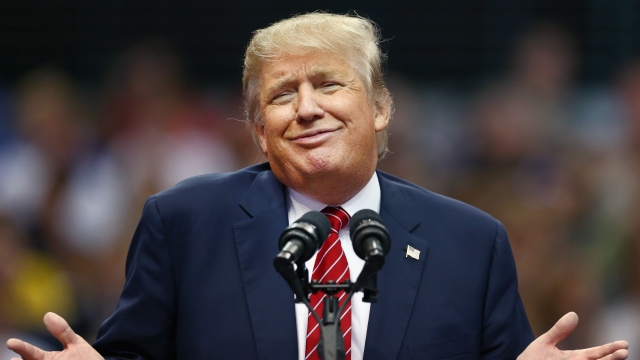 SMS
Donald Trump Is Still Having Trouble Talking About Women
By Grant Suneson
By Grant Suneson
April 2, 2016
Trump's stance on abortion wasn't any clearer after he dodged an interview question. But he did admit it was a mistake to tweet a photo of Heidi Cruz.
SHOW TRANSCRIPT

GOP front-runner Donald Trump has been under more pressure than usual lately thanks to controversy surrounding his comments on abortion and Ted Cruz's wife.

So Trump had to do something he usually tries to avoid: He admitted he made a mistake.

In an interview with New York Times columnist Maureen Dowd, Trump said he regretted tweeting an unflattering picture of Heidi Cruz next to his wife Melania.

Trump admitted, "Yeah, it was a mistake. If I had to do it again, I wouldn't have sent it."

But the interview may get more attention for what Trump didn't say. When asked if he'd ever been involved with someone who had an abortion, Trump refused to answer, saying, "Such an interesting question. So what's your next question?"

And dodging Dowd's question won't help Trump win over voters from the GOP's anti-abortion wing; the candidate has been accused of changing his past views on abortion to match conservative orthodoxy.

Trump has been on the defensive on the issue ever since this exchange with Chris Matthews on Wednesday.

Trump spokesperson Katrina Pierson later said he misspoke, but the billionaire's comments still managed to upset groups on both sides of the issue.

This video includes images from Getty Images and clips from Donald J. Trump for President Inc., CNN and MSNBC.