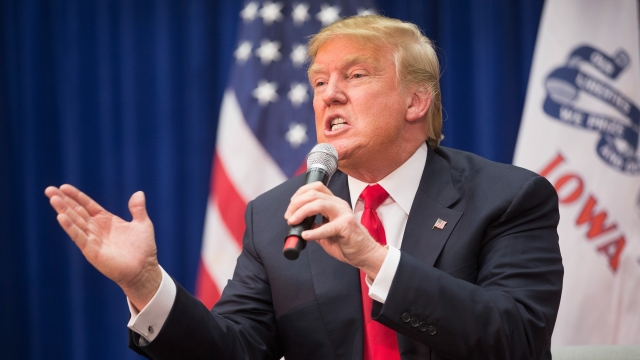 For the first time in this very long election cycle, we may have a Donald Trump-less Republican presidential debate.

The presidential candidate has been threatening to skip Thursday's Fox News Debate for at least a day now.

"Nothing's 100 percent. I'm not 100 percent. I'll see. If I think I'm going to be treated unfairly, I'd do something else," Trump said in an interview with CNN on Monday.

But now it's official. His campaign manager told reporters Trump is skipping the debate and instead will be holding a competing event. The campaign said, "We’ll have an event here in Iowa, with potentially another network, to raise money for Wounded Warriors and Fox will go from having probably 24 million viewers for the debate to, you know, 2 million viewers."

And it's all Megyn Kelly's fault — sort of.

It started when Trump protested the inclusion of the Fox News anchor as a moderator of the debate. Their beef goes back to the first GOP debate of the season, when Trump complained about her questioning on Twitter and cable news. (Video via Fox News)

Trump kept attacking Kelly, her show "The Kelly File" and Fox News itself. And Fox News has stood by their anchor, which Trump clearly didn't take too well. (Video via Fox News)

So clearly, we'll have to wait and see if Trump changes his mind. But don't worry, his campaign says this boycott won't extend past this debate.