Donald Trump Is Loving This Lawsuit Over Ted Cruz's Citizenship 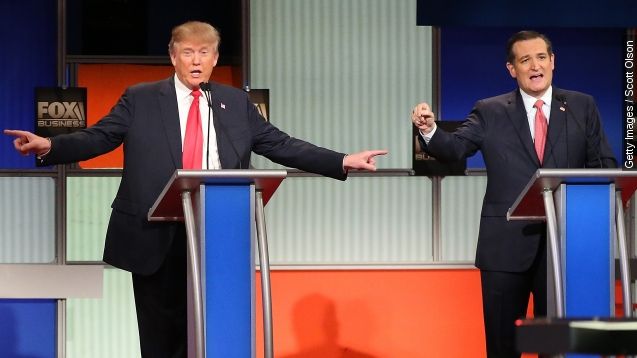 A Texas lawyer has filed a lawsuit saying Ted Cruz's status as a "natural born citizen" should be decided by the court system — and Donald Trump is loving it.

Cruz, who was born in Canada to an American and a Cuban, has been facing questions for a while now over his eligibility to hold office. (Video via Cruz for President)

Trump tweeted, "I told you so," Saturday morning, along with another volley of tweets about unreported campaign loans to Cruz's 2012 Senate race. (Video via Donald J. Trump for President, Inc.)

This is just the latest back-and-forth in an ongoing feud between the two presidential candidates. The two also sparred over Cruz criticizing Trump for having "New York values," among other issues in Thursday night's GOP debate.