Donald Trump Is Complaining About A Rigged Election — Again 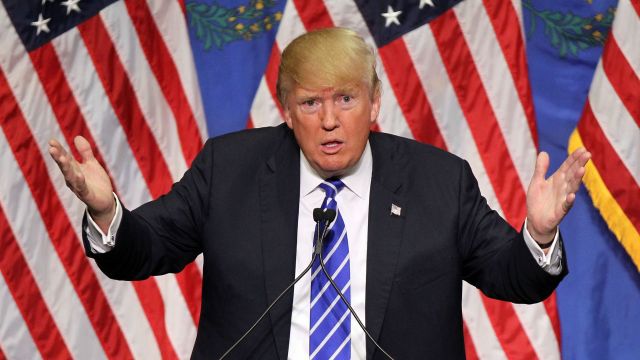 "And I'm afraid the election's going to be rigged. I have to be honest," Donald Trump said at a campaign event in Ohio.

It's certainly not the first time Trump has complained about a rigged election.

"You know, it's very interesting. You know, the system is rigged, folks," Trump said in April

"We're going to make it a better democracy. A better and a fair democracy. And we're not going to have rigged elections in the Republican Party anymore," Trump said.

While hypothesizing that the November election would be rigged against him, Trump pointed to Bernie Sanders' loss in the Democratic primary as evidence.

But Trump also railed against our electoral system back in 2012 after President Obama won re-election.

In now deleted tweets, Trump lamented that Obama lost the popular vote and won the election, saying, "the phoney electoral college made a laughing stock out of our nation." Except, Obama did win the popular vote by almost 5 million voters.