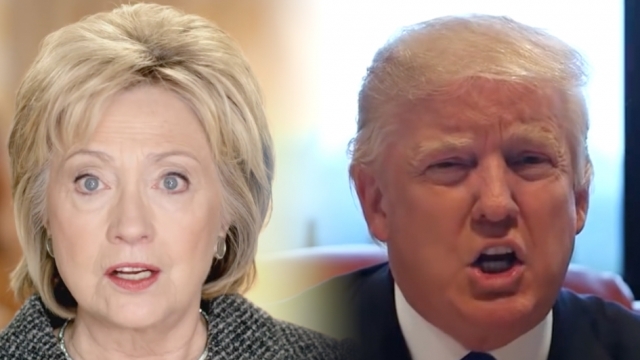 A new Monmouth University poll found about one third of voters don't have a favorable view of Hillary Clinton or Donald Trump. But while the poll might be new, the sentiment isn't.

For months, the favorability ratings for the two presidential candidates have been making headlines. And their numbers haven't been improving.

SEE MORE: A Third Of Americans Are Considering A Third-Party Candidate

Let's look at 2016. RealClearPolitics polling aggregate shows Trump's unfavorable ratings ranged between 56.9 and 64.5 percent. Clinton's were between 50.8 and 56.3 percent. So both candidates are disliked by at least half the country, and neither candidate has really made progress in the past eight months.

But even with those high numbers, both candidates managed to clinch their party's nomination by a decent margin.

Both candidates have had their fair share of bumps in the campaign road. Clinton's campaign has been plagued with the ongoing e-mail scandal stemming from her time as secretary of state.

The Trump campaign's problem has frequently stemmed from their candidate sticking his foot in his mouth. From calling for a total ban on Muslim immigrants to saying women should be punished for having an abortion, Trump and his surrogates have had to clarify his stance on more than one occasion.

Monmouth notes that the unfavorability of Clinton and Trump is historically high. Going back to 1984, the percentage of voters with an unfavorable view of both the Democratic and Republican candidates was never more than 10 percent — until now.