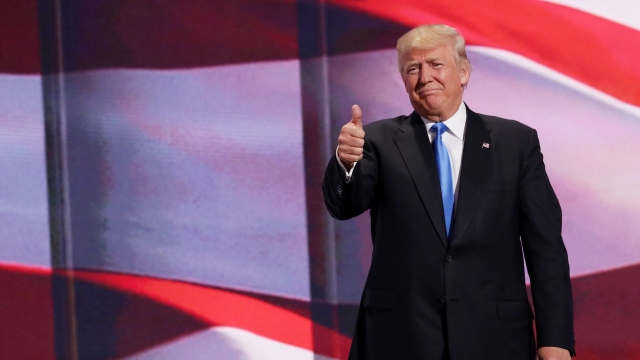 Donald Trump again made some controversial comments about NATO, and our allies aren't happy about it.

The New York Times published an article Wednesday that quotes Trump as saying he would only protect fellow NATO nations if they "fulfilled their obligations to us."

The folks at NATO didn't take that comment too well. The secretary-general said he doesn't want to interfere with the U.S. election but released a statement, saying: "Solidarity among Allies is a key value for NATO. This is good for European security and good for US security. We defend one another."

Article 5 of the NATO agreement ensures a collective defense among all the members, meaning an attack against one nation is considered an attack against all of them. But it's not used frequently. NATO was formed in 1949, and Article 5 was invoked for the first time after the Sept. 11 attacks.

And this isn't the first time Trump has been at odds with The New York Times. He has repeatedly criticized the organization on Twitter, calling it biased, dishonest and unfair.

The outlet responded by publishing the full transcript of the interview, and it appears Trump said he would want to make sure our NATO ally has paid all of its bills before coming to its military aid.

The president of Estonia, one of NATO's newest allies, tweeted: "We are equally committed to [all] our NATO allies, regardless of who they may be. That's what makes them allies."