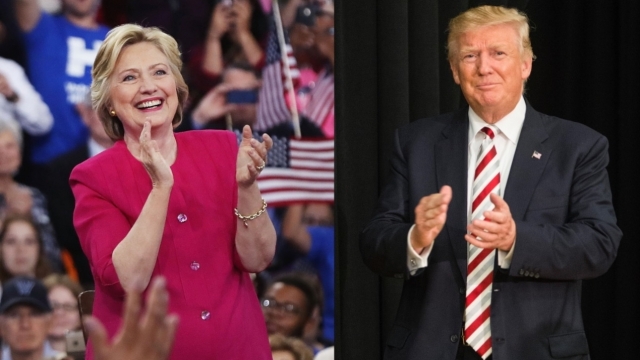 In a race between just the Republican and Democratic candidates, Clinton has  48 percent compared to Trump's 43 percent. In Quinnipiac's previous presidential poll about three weeks ago, Clinton led Trump by 10 points.

Those numbers change when likely voters are given four presidential candidates, adding in Libertarian Gary Johnson and the Green Party's Jill Stein. In a four-way race, Clinton gets 41 percent of the vote, Trump is two points behind at 39 percent, Johnson gets 13 percent and Stein has 4 percent.

But Trump's apparent momentum isn't the only interesting result. More than half of each candidate's voters said they picked him or her just because they didn't like the other choice.

But one other number stood out in this poll — the difference for the future of the country.

Voters were asked if the future of our country would be pretty much the same or different regardless of who wins, and 81 percent said the winner of this presidential election would make a major difference.

So Republican, Democrat or Independent, man or woman, young or old, a majority of voters see two very different futures with a President Clinton or a President Trump.