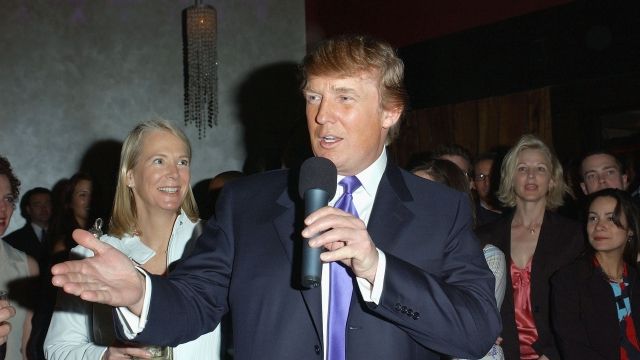 "Anyone who knows me, knows these words don't reflect who I am. I said it, I was wrong and I apologize," Donald Trump said in his apology statement.

A month before election day, Donald Trump is trying to make amends for newly leaked comments he made about women in 2005.

"I just start kissing them. It's like a magnet. Just kiss. I don't even wait. And when you're a star, they let you do it. You can do anything," Trump said in the clip.

"Whatever you want," said another man who sounded like Billy Bush.

Republicans quickly condemned the remarks, but these aren't the first such allegations against Trump. He's been accused of making unwanted sexual advances toward women in the past.

In 1997, Jill Harth — who did business with Trump and briefly dated him in the 1990s — sued him for sexual harassment. She alleged he repeatedly groped her, a claim Trump denied. The lawsuit was eventually settled out of court.

Harth talked to New York Times columnist Nicholas Kristof for a recent opinion piece. She said, "I was admiring the decoration, and next thing I know he's pushing me against a wall and has his hands all over me. He was trying to kiss me. I was freaking out."

In the leaked video clip, Trump says women let him do anything he wants because he's a star. But Harth said in the New York Times article she only endured Trump's behavior because she didn't want to upset him and end their business relationship.

Kristof wrote in his piece that "she was in a bind familiar to many women: She didn't want to risk offending a potential partner and benefactor, but neither did she want to be pawed."

Trump was also involved with beauty pageants like Miss USA and Miss Universe in the '90s, and several of those competitors also reported that Trump made lewd comments about their bodies, among other complaints.