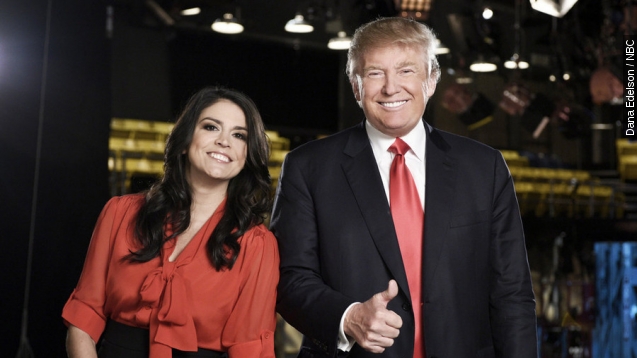 After these comments in June, it was questionable if NBC could handle the the return of Donald Trump to the "Saturday Night Live" stage. Trump, by himself, caused protests outside the studio. But what about three Trumps?

"They're great. They don't have my money, my talent or especially my good looks," Trump said.

The GOP presidential hopeful hosted "SNL" for the first time since 2004, appearing only a few months after NBC cut ties with him.

But, for all of the outlandish comments Trump's known to make, he's not afraid to laugh at himself ... in the most Trump-ish ways possible. (Video via CNBC)

"Mr. President, I'm so sorry to interrupt but we have got a big problem," Trump's aide said.

"It's the American people sir. They're just sick of winning. They're winning so much," Trump's aide responds.

Sia was the musical guest for the night, performing her hits "Bird Set Free" and "Alive."