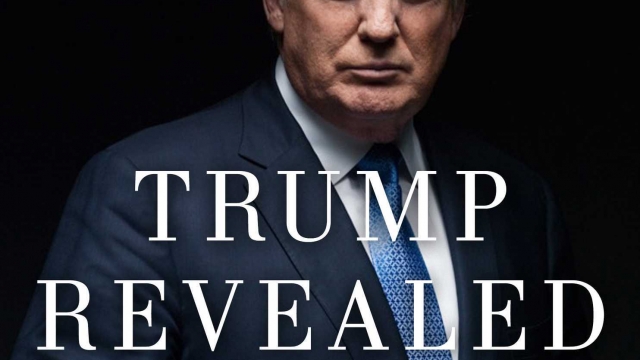 By Briana Koeneman
August 23, 2016
The GOP presidential candidate says "Trump Revealed" is "boring," but book reviewers have had a lot to say about it.
SHOW TRANSCRIPT

Two journalists from The Washington Post just published a biography about Donald Trump.

And he definitely doesn't want you to buy it.

Trump said in a tweet the night before "Trump Revealed" came out: "The @WashingtonPost quickly put together a hit job book on me - comprised of copies of some of their inaccurate stories. Don't buy, boring!"

But critics didn't seem to think it was boring at all.

SEE MORE: Trump Is Running Out Of Time To Garner More Support

And Marc Fisher, one of the book's author's, clearly didn't care about Trump's assessment. He tweeted, "And now we hear from a renowned book critic, Donald from Queens," followed by a link to Trump's own tweet.

The 431-page biography was written with the help of more than a dozen reporters who spent close to 20 hours interviewing the Republican presidential candidate about his life.

An adapted excerpt from the book reads, "Trump was gracious and generous with his time, took nearly all of our questions, and often extended the length of our interviews."

"Amazon is getting away with murder tax-wise. He's using The Washington Post for power so that the politicians in Washington don't tax Amazon like they should be taxed," Trump said on Fox News.

And he officially banned Post reporters from all of his campaign events starting in June, calling the outlet's coverage "inaccurate."

"Trump Revealed: An American Journey of Ambition, Ego, Money, and Power" is now available for purchase online and in stores.