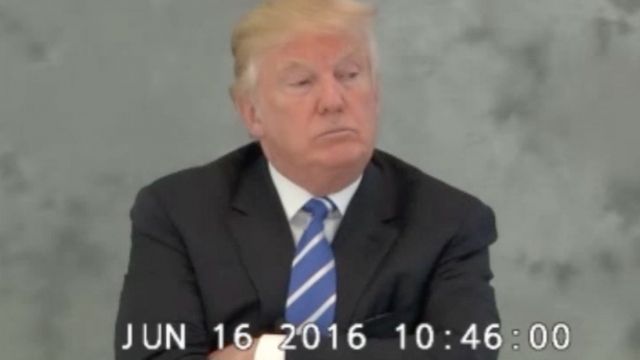 By Zach Toombs
September 30, 2016
In a taped deposition, Trump opens up about his comments on Mexicans.
SHOW TRANSCRIPT

"All I'm doing is bringing up a situation which is very real about immigration. And I think most people think I'm right," Donald Trump said in a newly released deposition video.

That video shows Trump getting candid about his infamous comments on Mexicans.

"Did you write the statement in advance? Was it written?" an attorney asked during the deposition.

"Did you plan in advance what you were going to say?" she asked.

Trump sat for the deposition in June, related to his project to turn Washington, D.C.'s Old Post Office into a hotel.