Donald Trump Could Have Avoided Paying Taxes For 18 Years — Legally 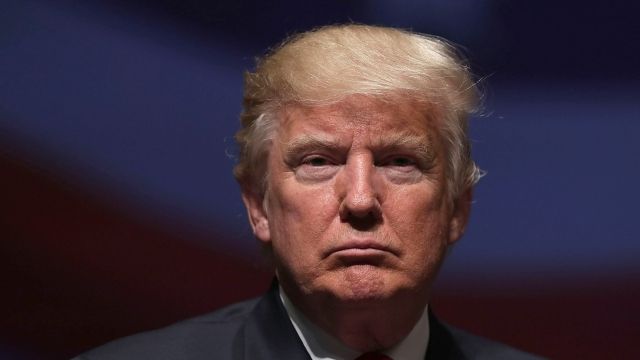 Donald Trump could have avoided paying taxes for up to 18 years — legally.

The New York Times has obtained and released several of Trump's tax records and found the presidential nominee declared a loss of about $916 million on his income taxes in 1995.

That deduction is so substantial, it could have wiped out more than $50 million in taxable income each year.

A lot of information about that year is still unclear. The records don't show exactly which businesses contributed to the loss or exactly when the loss occurred.

Despite how the loss might sound, the Times' tax experts says it's actually a good thing — for Trump. In the world of accounting, the bigger the loss reported, the less a person owes in annual taxes until that loss is made up.

The Times received the records last month. Susanne Craig, who has reported on Trump's finances before, received the documents in the mail. The kicker: The return address showed they were mailed from Trump Tower.

So far the Trump campaign has been pretty quiet about the release — but it probably won't stay that way. The record dump will likely increase pressure on the Republican nominee to release more comprehensive tax records.

And that's where it could get ugly. Tax records provide insight for undecided voters. Not to mention, media outlets and politicians have been on Trump's case for months about releasing the forms.

Trump could have a lot to lose if he goes public. The business mogul has been criticized for skimping on taxes before. A record release could also confirm what many have speculated — that Trump isn't worth as much as he says he is.

Trump's maintained that he can't release any of his current tax forms while they're under audit by the IRS, though that audit doesn't legally prevent him from disclosing his past returns, like the ones the Times got its hands on.

One lawyer from Trump's team wrote the Times threatening legal action against the paper for obtaining the records without Trump's consent.

Visit The New York Times for a full analysis of Trump's tax records.