Don't Stop Running: Gaming In 2015 Is All About Movement 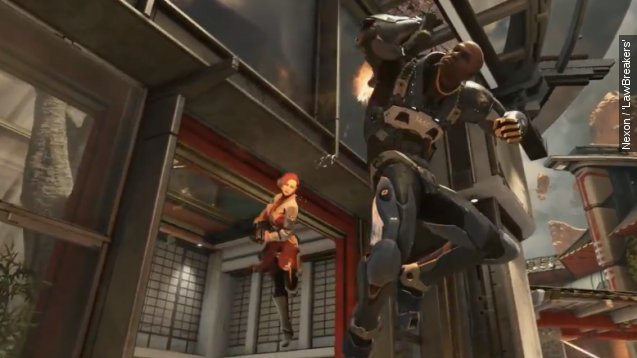 SMS
Don't Stop Running: Gaming In 2015 Is All About Movement
By Ben Lawson
By Ben Lawson
August 29, 2015
The "LawBreakers" reveal made us realize that game developers have recently become obsessed with jumping, wall-running and gliding.
SHOW TRANSCRIPT

If you are going to play a video game in the next few months you should expect to spend a lot of time in the air.

It took a first look at the trailer for "LawBreakers" for us to realize it but it seems like every company making a big budget shooter nowadays is obsessed with jumping around.

This trend probably started to pick up speed with "Titanfall" in 2014. Then you even saw it cropping up in a traditionally-grounded franchise "Call of Duty" franchise. Yeah, a series that started out with a focus on historic re-enactments of World War II battles now has you running on walls.

And it's looking like when the fall rolls around, this trend is going to be cropping up in a lot of games and at times in some very similar ways.

And it does a lot for the games. Focusing on movement is a fun way to keep the action going. Especially in a decade-old series like "Halo" that needs new ways to stay relevant.

But this is kind of like when "Gears of War" came out, and suddenly every video game character started hanging out behind waist-high slabs of concrete. Trends get kind of stale after a while.

Funnily enough "LawBreakers" developer Cliff Bleszinski actually helped create "Gears." But this time he might be capitalizing on a trend more than innovating.

Jumping on the bandwagon doesn't have to a bad thing, especially when it seems to be working. We'll just have to see if "Lawbreakers" can keep these mechanics feeling fresh when it launches on PC some time in 2016.