Don't Give Up On 'Fear The Walking Dead' Just Yet 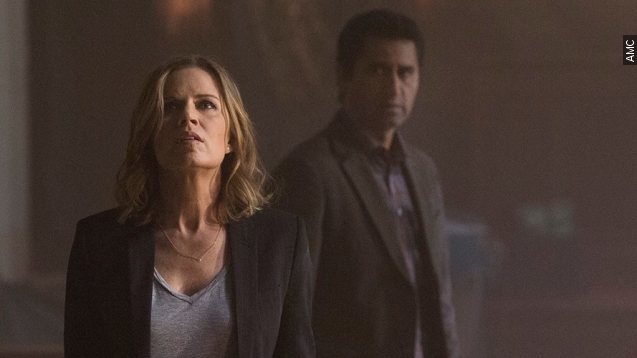 We're halfway through the first season of "Fear the Walking Dead" and ratings have dropped almost 20 percent since the premiere. But don't get it twisted — most shows would probably eat their parents' brains to get 7.2 million viewers on a Sunday, because the competition is stiff. (Video via NBC)

The constant drop in ratings could, in part, be chalked up to our very high expectations for the makers of "The Walking Dead."

"This is, of course, a spin-off," an Entertainment Weekly reporter said at Comic Con, but after multiple cast members yelled at him, he corrected himself by saying "companion series."

But come on — the confusion and chaos that are so much a part of the beginning of a zombie apocalypse are going to lead to some mediocre moments. First of all, there aren't that many zombies, folks! And with everyone lacking the kick-ass moves picked up from years of fighting off zombies, the action is naturally slow. (Video via AMC/ "Fear the Walking Dead," AMC / "The Walking Dead")

But the most important reason comparing the shows is so unfair: The humans still have their humanity, for now.

"The Walking Dead" is at its best when — in addition to outrunning the undead — you have to keep an eye on the humans who are left. Watching how years of dodging zombies impacts the survivors has proved to be the most interesting part of "The Walking Dead." Its companion series might eventually get there, but not for a while. (Video via AMC / "The Walking Dead", AMC / "Fear the Walking Dead")

So, to fix your expectations, concentrate more energy on the fact that somehow everyone on "Fear the Walking Dead" seems to have never seen a show about zombies and are completely confused about what could be trying to eat their face.