Don't Get Enough Sleep? A Cold May Be In Your Near Future 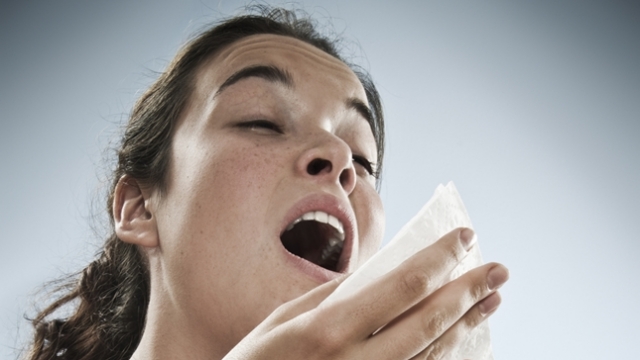 SMS
Don't Get Enough Sleep? A Cold May Be In Your Near Future
By Ryan Biek
By Ryan Biek
April 12, 2016
If you sleep less than five hours a night, you could be 82 percent more likely to get influenza, pneumonia or ear infections, too.
SHOW TRANSCRIPT

Hitting the snooze button could really just be preventive medicine.

A new survey asked over 22,000 Americans about their weekday sleeping habits and recent health.

Participants who slept five hours or less were 28 percent more likely to have had a cold in the last month than those who slept seven to eight hours.

And short sleepers were 82 percent more likely to report having had an illness like influenza, pneumonia or ear infections in the last month.

Because the participants weren't told how long to sleep, we can't be totally sure if more sleep fights the risk of illness, or if having an underlying illness leads to less sleep.

We still might be able to lean toward sleep affecting your health, though, based on how this study falls in line with a previous one.

In 2015, a different set of researchers actually gave participants nose drops that could cause a cold. Those who slept six hours a night or less were four times more likely to get sick, compared to those who slept seven or more.

This video includes images from zeevveez / CC BY 2.0 and Chris Costes/ CC BY 2.0.