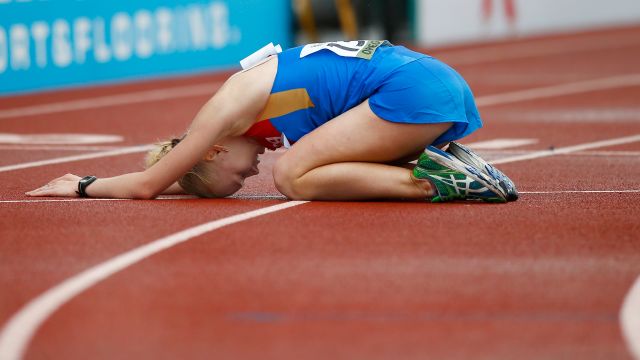 SMS
Don't Blame Zika If Russia's Track Team Doesn't Make It To Rio
By Calvin Stovall
By Calvin Stovall
June 17, 2016
While many athletes weigh the pros and cons of competing in the Rio Olympics, Russia's track team has no choice but to sit out.
SHOW TRANSCRIPT

The World Anti-Doping Agency initially banned the country's track athletes after ruling the government was funding a doping program for its team.

The suspicion was sparked during the 2014 Winter Games, which were held in Sochi, Russia. Reports revealed that 52 Russian athletes have tested positive since November and Russian security harassed WADA testers.

A former Russian lab director told The New York Times last month that he gave performance-enhancing drugs to Russian athletes and helped them pass drug tests by switching urine samples through a hole in the lab wall with the help of government employees.

Another lab director publicly shared evidence of Russian doping in a 2014 documentary and had been working with World Anti-Doping Agency on an investigation since 2010.

That lab director's wife — a Russian runner — provided secret audio and video recordings for an independent report commissioned by WADA.

The ban would be unprecedented if upheld. No country has ever been disqualified from the games for a doping violation, and many Russian athletes who claim they had nothing to do with scandal are calling the ban unfair.

Russia's ministry of sport tweeted a statement that said: "Clean athletes' dreams are being destroyed by the reprehensible behavior of other athletes and officials. … We now appeal to the members of the International Olympic Committee to not only consider the impact that our athletes' exclusion will have on their dreams and the people of Russia, but also that the Olympics themselves will be diminished by their absence."

Still, all hope is not lost for Russia's top competitors. The International Olympic Committee has the final say and will hold a summit Tuesday to "address the difficult decision between collective responsibility and individual justice."

This video includes clips from RT, NBC, CCTV and images from Getty Images.