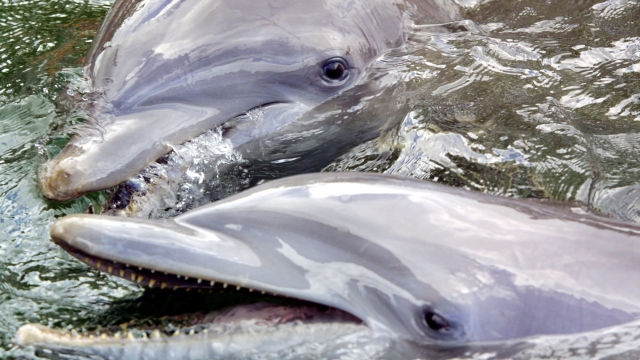 Apparently dolphins chat it up like you and me.

For the first time, researchers claim to have recorded a pair of dolphins having a conversation. They said they found dolphins have "a highly developed spoken language, akin to the human language."

And apparently, the animals even wait for the other to stop talking.

The conversation between two Black Sea bottlenose dolphins was in a concrete pool at the Karadag Nature Reserve in Crimea.

According to the study published last month, dolphins speak by creating pulses or whistles. It also said they form words by changing the frequency and level of pulses.

Researchers said the results of this study lead them to believe toothed whales have a similar "highly developed spoken language."

"The analysis of the dolphin spoken language in this study has revealed that it either directly or indirectly possesses all the known design features of the human spoken language," the study said.

But not so fast. Some scientists are skeptical. One told The Huffington Post, the study isn't "really a novel item" because similarities between how dolphins and humans communicate have been reported.

The possibility that dolphins use a highly developed language shouldn't be surprising. Studies have found dolphins have complex brains.