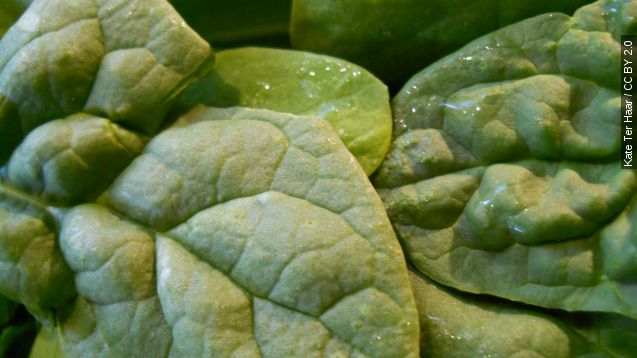 SMS
Dole Recalls Spinach Due To Possible Salmonella Outbreak
By Ryan Biek
By Ryan Biek
October 15, 2015
Dole is undergoing a voluntary recall for its bagged spinach in 13 states due to a possible salmonella outbreak.
SHOW TRANSCRIPT

If you get your spinach from Dole, give the bag a good look.

The Food and Drug Administration reports the company issued a voluntary recall because there's a possible salmonella contamination.

No illnesses connected to the recall have been reported, but random tests for the bacteria by the Michigan Department of Agriculture and Rural Development were positive. (Video via Dole)

The FDA says to look out for these codes and this UPC number. A potentially infected bag will have an Oct. 15 sell-by date.

According to the Centers for Disease Control and Prevention, salmonella poisoning sends 19,000 people to the hospital each year and kills 380.