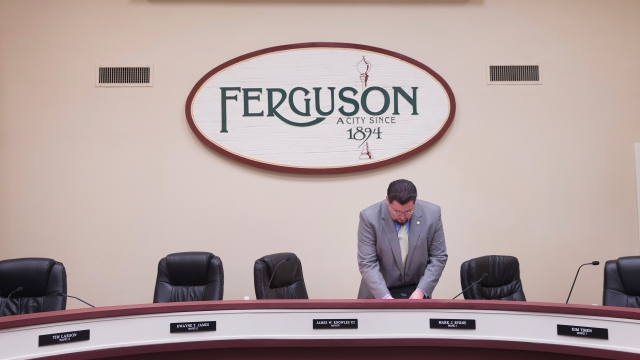 The city of Ferguson, Missouri, is being sued by the U.S. Department of Justice for refusing to implement reforms to its criminal justice system.

Ferguson and the DOJ had been in negotiations to overhaul the city’s police and court systems after a 2014 investigation found the city failed to properly supervise its law enforcement.

The move comes one day after the Ferguson city council unanimously decided to deny the Justice Department’s proposed reforms, saying they wanted to limit federal monitoring fees to $1 million and avoid being forced to increase police salaries.

But now that the reforms have been denied, it appears the Department of Justice is ramping up its pressure on Ferguson.

Attorney General Loretta Lynch said at a press conference: "Residents of Ferguson have suffered the deprivation of their constitutional rights, the rights guaranteed to all Americans, for decades. They have waited decades for justice. They should not be forced to wait any longer."

The St. Louis suburb was thrust into the national spotlight when riots broke out after 18-year-old Michael Brown was shot and killed by Police Officer Darren Wilson. Wilson was not indicted by a grand jury.

Ferguson city officials said they only wanted to make some changes to the agreement, adding they're still willing to work with the Justice Department going forward.

This video includes images from Getty Images and clips from KTVI, KSDK, MSNBC and CNN.