Justice Department Revamps How It Gets Arrest-Related Death Info 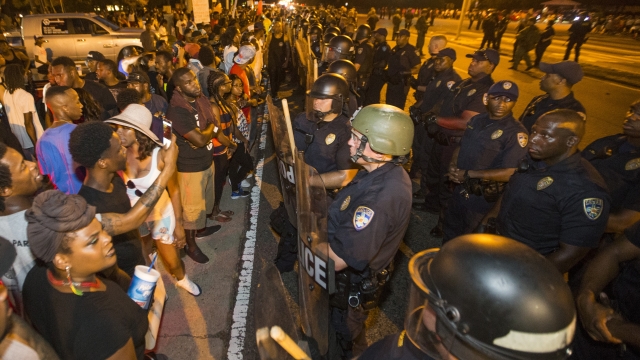 It's been about a month since the fatal police shootings of Philando Castile and Alton Sterling sparked protests and outrage across the nation.

Now, it appears the U.S. Department of Justice is revamping how it collects information on deaths involving law enforcement.

According to a DOJ notice published in the Federal Register, the Arrest-Related Deaths program will require all law enforcement agencies to report any "law enforcement homicides," which include officer-involved shootings and deaths due to complications from stun guns, among other things. They'll also need to report "other homicides, accidents, suicides, or deaths due to natural causes."

SEE MORE: These Are The Black People Police Have Shot And Killed This Year

The over 19,400 state and local law enforcement agencies and more than 680 medical examiners' or coroners' offices across the U.S. will report the deaths quarterly.

The DOJ has collected this type of data before but describes this change as "a hybrid approach."

After receiving a new report of an arrest-related death, the department would then request information from law enforcement agencies and medical examiners' or coroners' offices related to specific incidents reported in the initial form.

The public can offer feedback on the program until October.

Law enforcement agencies will have to submit one form for the entire year of 2016. Beginning in 2017, they'll submit the forms every quarter.

This video includes clips from Periscope / @Deray, KARE and U.S. Department of Justice.