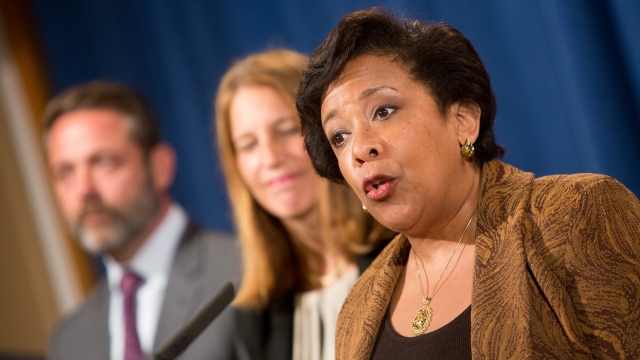 The New York Times says an official told the outlet that Lynch plans to make the announcement Friday, but this plan has reportedly been in the works since April.

Lynch has ignored calls that have long wanted her to hand off the case.

"The investigation into the State Department email matter is going to be handled like any other matter," Lynch said on Fox News.

Those calls only heightened after she met with Bill Clinton in late June — a meeting Lynch said didn't involve the email case. Hillary Clinton's camp has remained silent.

But that hasn't pacified Republicans, who've been using the email scandal to their party's advantage as the presidential race looks ahead to November.

This video includes clips from the White House, Donald J. Trump for President, Inc., Hillary for President, Fox News and U.S. Department of Justice and images from Getty Images.