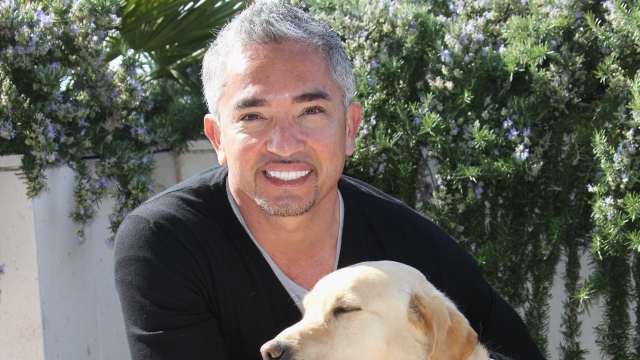 SMS
'Dog Whisperer' Cesar Millan Investigated For Possible Animal Cruelty
By Ben Lawson
By Ben Lawson
March 11, 2016
Cesar Millan is under investigation for possible animal cruelty after a dog attacked a pig during the filming of his show "Cesar 911."
SHOW TRANSCRIPT

Cesar Millan, also known as the "Dog Whisperer," is under investigation for possible animal cruelty over an incident that occurred while filming his show "Cesar 911" for Nat Geo WILD.

The investigation started after Millan was criticized for an episode involving a dog that had previously attacked two pigs. In one scene, Millan was training the dog in a pen with several pigs when he lost control of the dog and it bit a pig's ear. The clip showing the incident has been taken down.

But before it was taken down, a petition cropped up calling for Millan to be taken off the air. It had over 9,000 signatures as of Friday morning.

In a statement sent to the media, Nat Geo WILD said the pig healed quickly and doesn't show lasting signs of distress. It also posted a clip from a later part of the episode that showed how Millan had effectively treated the dog's aggressive behavior.

Investigators stopped by Millan's Dog Psychology office, but he reportedly wasn't there at the time. Now, KNBC reports a notice has been issued that requires him to make contact with investigators within 24 hours.