Dog Mourns At Accident Site Where Its Owner Died 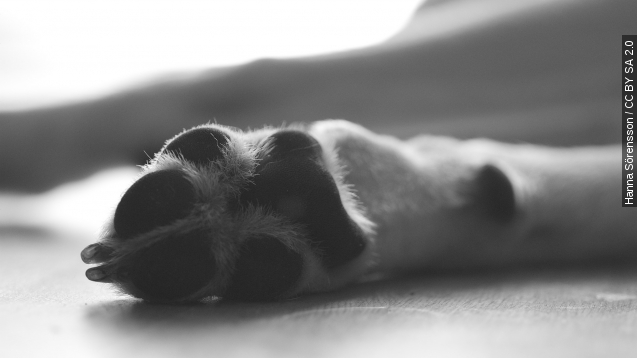 SMS
Dog Mourns At Accident Site Where Its Owner Died
By Ryan Biek
By Ryan Biek
October 26, 2015
A dog in Florida mourned for hours at the spot where a semitruck hit and killed its owner.
SHOW TRANSCRIPT

Many dogs are true friends, even after the bitter end.

This held true after an incident in Florida on Oct. 23. Resident Kelly Black died after a semitruck hit her and likely dragged her body. (Video via WJAX)

A reporter at the scene said Black's dog, Paco, was with her when she died and stayed at the site of the accident long after.

Grief like Paco's has been seen in other dogs when their owners left them too soon.

In Argentina, a heartbroken dog grieved at its owner's tombstone for at least six years, lying on top of the grave every night.

And during a funeral in 2011, a dog lay near the casket of its owner, a Navy SEAL.

Police are still searching for the driver involved in Black's death, and they believe he or she might not have known Black was hit. Paco has since been reunited with Black's other dog.