Does Tiger's Best Tournament Of The Year Signal A Comeback? 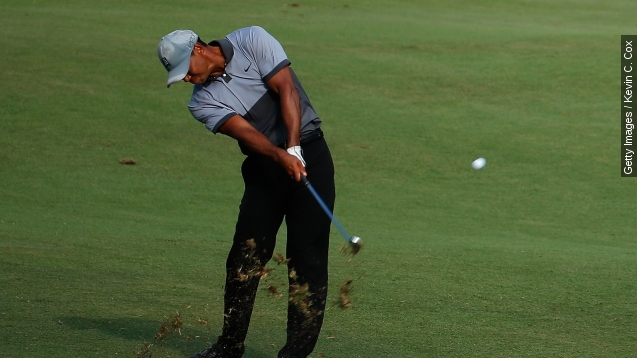 SMS
Does Tiger's Best Tournament Of The Year Signal A Comeback?
By Carter Woodiel
By Carter Woodiel
August 24, 2015
Tiger Woods failed to win the Wyndham Championship this weekend, but he did card his best round of the year. Can he keep it up?
SHOW TRANSCRIPT

With names like Jordan Spieth, Rory McIlroy and Jason Day making headlines, we really can't blame you for forgetting about the biggest star golfer of them all.

But this weekend, Tiger Woods was back in the spotlight, and he’s gunning to stay there for good.

Woods was in action at the Wyndham Championship and played surprisingly well, posting a score two strokes off the lead headed into the final round.

Though he faltered on Sunday and finished in 10th, it was easily Woods’s best performance of the year. And many, including ESPN’s Dottie Pepper, say it’s a sign he might be returning to form.

You don’t have to look back too far to find the last time Woods was on top of the golf world. In 2013, he won four tournaments, including two top 10s at majors.

But Tiger still has a long way to go. Remember, Woods’s 2015 was pretty dismal until the Wyndham.

Tiger failed to finish five of the 12 tournaments he played in this season, with four missed cuts and a withdrawal due to injury.

And his performance at majors was even worse. Woods has missed the cut at the last three Grand Slam tournaments, and four of the last five going back to last year. Over the past two years, Woods has only cracked the top 20 once at a major.

One thing’s for sure though, Tiger Woods can bring out the crowds.

When the public learned last week he would be playing at the Wyndham Championship for the first time, 49,000 extra tickets were printed, and he was followed by cheering throngs everywhere he went.