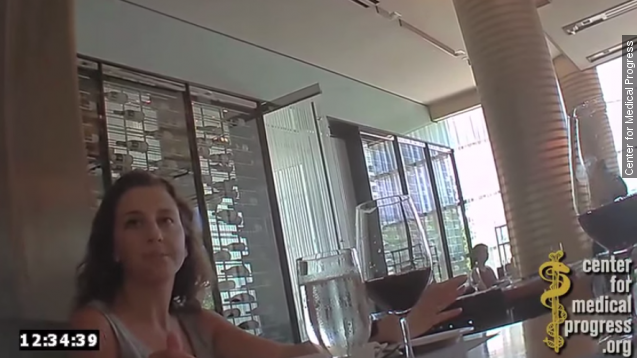 The video purporting to show a Planned Parenthood executive casually discussing the body parts of aborted fetuses can be disturbing. (Video Center for Medical Progress)

But is what she's describing the illegal sale of body parts, like the group that produced the video claims, or the legal donation of tissues for research, like Planned Parenthood claims?

In the video, released by anti-abortion group the Center for Medical Progress, Planned Parenthood executive Deborah Nucatola discusses certain types of fetal tissue and, at one point, throws out a number.

"I would say it’s probably anywhere from $30 to $100 [per specimen], depending on the facility and what’s involved," Nucatola said.

The Center called the video proof of a "criminal conspiracy to make money off of aborted baby parts." But Planned Parenthood and its defenders say what she's describing is legal and meets ethical guidelines laid out by health officials.

Planned Parenthood released a statement on the undercover video, saying, "In health care, patients sometimes want to donate tissue to scientific research that can help lead to medical breakthroughs, such as treatments and cures for serious diseases."

Researchers have used fetal tissue cells to help develop vaccines for hepatitis A, rubella and even rabies. And in stem cell research, fetal tissue cells are more desired than adult cells because the former can be used to treat a wider array of illnesses.

Which brings us back to the video. Nucatola mentions a figure. In today's political climate, it's virtually guaranteed that fact will lead to accusations that the organization is profiting from fetal tissue.