Does Hillary Clinton Want Julian Castro As Her Running Mate? 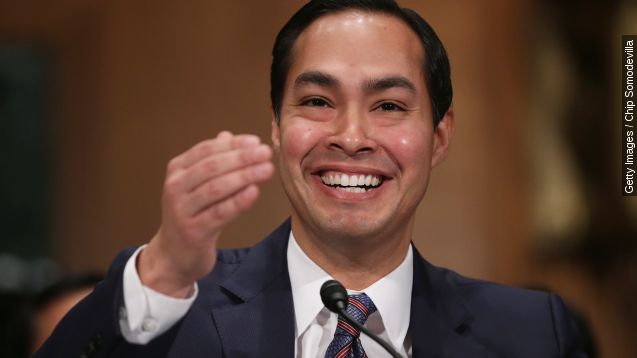 Julian Castro just got a major nod from presidential candidate Hillary Clinton. And by major nod, we mean he could be her pick for a running mate. (Video via Center for American Progress)

During a campaign event in San Antonio on Thursday, Clinton said, "I am going to really look hard at him for anything because that's how good he is, and he deserves the accolades he's receiving." (Video via Bloomberg)

So Clinton thinks he's good, but who is he?

Well, the 41-year-old Castro has served three terms as mayor of San Antonio. In 2014, he left his post in local politics to become the Secretary of Housing and Urban Development. (Video via The White House)

Chatter about a possible Clinton-Castro partnership has been circulating for a while now; some say Castro is Clinton's most viable choice as a running mate. But Castro has remained quiet. (Video via ABC News)

"That's very flattering; who wouldn't be flattered to hear that? But I have learned in life that the best thing you can do to create a great future for yourself is don't forget what's in front of you. And so I'm trying to do a great job at HUD," Castro said in an interview with CNN. (Video via CNN)

Clinton and Castro are hosting a "Latinos for Hillary" event in Castro's home city of San Antonio today.