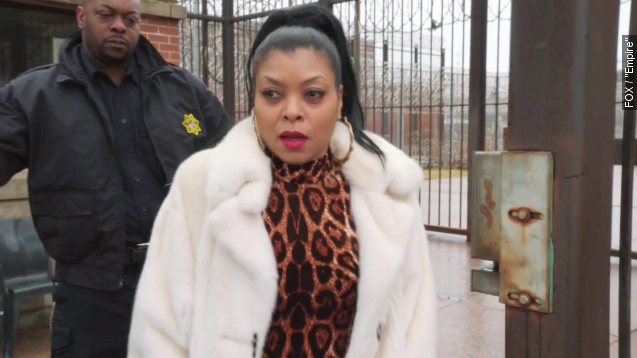 SMS
Does Cookie Lyon From 'Empire' Perpetuate Stereotypes?
By Cody LaGrow
By Cody LaGrow
September 30, 2015
Cookie Lyon is one of TV's most outspoken characters. Some critics say the "sassy black woman" on "Empire" is pushing the envelope.
SHOW TRANSCRIPT

Empire — a show that crushed the competition with 22.5 million viewers with its second season premiere — finds itself in a critic conundrum. Some say the show negatively portrays black women. Even Taraji P. Henson recognized what makes her character so polarizing.

"Cookie beats her son with a broom. She calls one son the f-bomb. And what? They're letting us say this?" asked Taraji P. Henson at an Empire season premiere event.

Cookie, described as "the sassy black woman" — is loud, abrasive and ruffles feathers with an in-your-face attitude. And while millions love seeing all the ingredients that made Cookie, others are reminding us to separate art from real life.

"We do not condone, in the black community, having sold drugs to get by, having went to jail for your man to get by, and then being willing to lie, cheat, connive and even kill, you know, to get by," Chicago Sun Times reporter Maudlyne Ihejirika said.

Some suggest the criticism of "Empire" exists because of racist double standards. The Daily Beast said those double standards reinforce that "black people must be perfect and pander to racists, as opposed to being as free and flawed as any other human being is entitled to be."

Media researcher Darnell Hunt said Cookie's twisted motherly love prevents her from being an empty stereotype. In the show, Cookie protects her son from homophobia, exudes intelligence as a businesswoman and copes with an undying love for her ex-husband.

So, yes, Cookie Lyon is woman of color with attitude. Her gusto may hook the viewer, but the fact that she's a multifaceted mogul with very human qualities keeps them there.

Henson said her character comes from a real place and is glad all the "Boo Boo Kitties" in the Lyon's den are generating an intelligent discussion within the black community.

"You can say whatever you want about her, about Luscious, about what they did to get where they are. But at the end of the day, their sons are not statistics. Their sons are not in jail. They broke a cycle of poverty. ... That's why I think they're kind of heroes, in a very American way," Henson said.