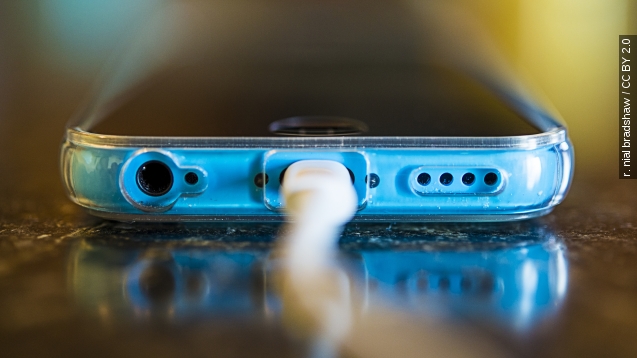 SMS
Does Charging Electronics Overnight Hurt Their Batteries?
By Leah Becerra
By Leah Becerra
October 1, 2015
Leaving your electronics plugged in after they're fully charged used to do some major damage, but now it's not as much of an issue.
SHOW TRANSCRIPT

Here’s a question: Do I need to unplug my electronics after they’re fully charged?

Let me just start by saying, this is a hotly debated topic. Partially because there’s more than one type of rechargeable battery and the rules are different for each. But most gadgets have lithium-ion batteries, so let's look at those.

Older lithium batteries could be damaged if the devices were plugged in too long. It’s called overcharging, and it could make a battery’s capacity drop a lot faster than it’s supposed to, so don't let these charge all night. (Video via eHow)

If you bought the gadget in question in the past few years, you probably don’t have to worry. Because a lot of newer devices — even your smartphone — will recognize when your battery is at full capacity and divert the power elsewhere, avoiding the ugly side-effects of overcharging.

Generally though, if you charge your devices to 100 percent every time, you might not be getting the longest possible lifespan — especially if the battery is lithium-based. (Video via WonderHowTo.com)

That’s because these rechargeable batteries are designed to last a certain number of cycles. Running your battery until it’s dead and then fully charging it again would be one cycle.

Only charging your phone to — say — 80 percent each time might help you get more life out of the battery over its lifetime. So, if you don't let the battery fully charge, that cycle lasts longer.

That said, the effects of doing that might be minimal in the long term. So, you can decide whether it’s worth your time to unplug before hitting 100 percent. If you've got a question to ask Newsy, leave it in the comments, tweet at us with the hashtag #AskNewsy or just email us.