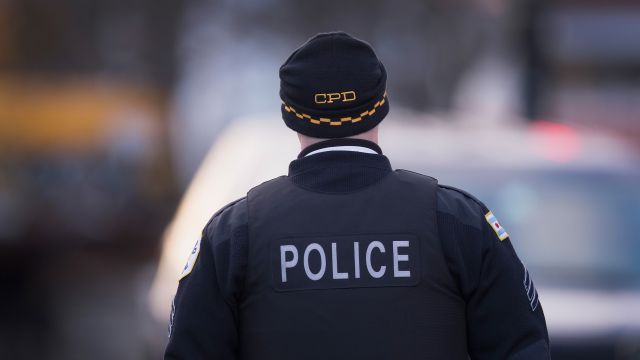 SMS
Does Adding Police Reduce Crime? In Chicago, It's Complicated
By Jamal Andress
By Jamal Andress
October 19, 2016
Professor Wesley Skogan has studied police in Chicago for over 30 years and says the department's "traditional culture" needs a change.
SHOW TRANSCRIPT

In August, Chicago had its most violent month in two decades with 90 murders in 31 days — pushing the number of homicides in the city past the totals in Los Angeles and New York combined.

"Policing here certainly needs a concerted attack on its traditional culture ... pulling down what we call the blue curtain of silence between them and the community," said Northwestern University professor Wesley Skogan.

In response, Chicago police plan to beef up the department by about 7 percent, hiring nearly one thousand police officers, but the jury is still out on whether that's the best way to combat crime.

"The mayor delivered for us; over the next two years we'll be adding 970 sworn positions," Chicago Police Supt. Eddie Johnson said.

"For every 10 percent increase in police, violent crime goes down about 5 percent," Skogan said. "In the world of problems responding to policy, that's not shabby."

Some have estimated the cost to add these officers will be over $130 million in the first year alone — which has caused many to question what other antiviolence measures that money could pay for.

"This is a highly debated point ... that maybe police is not the best crime prevention use of the money," Skogan said.

CAPS lets officers work directly with the community to solve problems. The program has things like regular community meetings, which aim to build trust and understanding between the police department and the people it serves.

"For Chicago, I think my No. 1 priority is actually not to spend it on other stuff," Skogan said. "... If you hired a thousand officers and told me that 200 of them were going to work on community policing, I'd be a happy guy."

Skogan worked with Chicago's community policing program and said at one time it was one of the best in the country. Back in 1999, the program had a $12.5 million budget, about 1.4 percent of CPD's total budget. In 2016, that budget sits at $3.9 million — about 0.3 percent of the overall budget.

"In the second half of the 1990s and early 2000s, people came from all over the world to look at Chicago's program," Skogan said. "... They were great in that day, and then they lost it."

Skogan says something needs to change not just in Chicago, but also nationwide.